“How can human behavior be controlled?” Such a question was posed by Vladimir Lenin to Ivan Pavlov in 1919.

I’ve spent numerous years reading and studying the tactics of the Soviets in Russia before and after the 1917 Revolution. My interest focuses on the anti-religious methods and propaganda used by the Soviets.

Over time, I began to understand that Soviet Russia was neither a unique nor an anti-western phenomenon, rather it was the result of various “Western” ideologies. Russia was a guinea pig. Ultimately the ideologies that were tested in Russia were neither “Western” nor “Eastern,” for they may simply be summed up as anti-God.

Once I became Orthodox in the early 2000’s I encountered various teachings and ideas, most of which can be summed up in the well-known statement from Elder Ignatii of Harbin, “What began in Russia will be finished in the West.”

This served to reinforce my already existing conviction that it was important to be, at least, aware of the methods used in Russia and elsewhere. The methods used by the “godless Soviets” were indeed but preliminary tests, although the implementation there could be qualified as somewhat crude. Since then they have been refined. Yet, nonetheless, the fundamental tactics and goals remain.

In this post, I want to share a few observations from one of the many books I’ve read on the above-mentioned subject. My observations, which I believe can be applied to the current situations that surround us, are based on a chapter from “The White Nights,” by Boris Sokoloff. The chapter is called “Individualism versus Standardization.” The book is a firsthand account during the time of the Provisional Government in Russia and the subsequent Communist Revolution.

Mr. Sokoloff begins by noting, “As I look back on my university days and try to understand the birth and phenomenal success of communism in Russia, I cannot but feel that a contributing factor was the mechanistic trend in the universities of my time. In almost every natural-science course I took, I felt this undercurrent of materialistic philosophy.”

The materialistic mindset when applied to the purpose, the telos, of humanity becomes quite frightening. From such a philosophy comes the idea of people as “the masses.” Generally speaking, nature can be manipulated to the will of the evolving man-gods and this includes humanity at large. Yet, only some have been “chosen” to “lead” the “masses.” 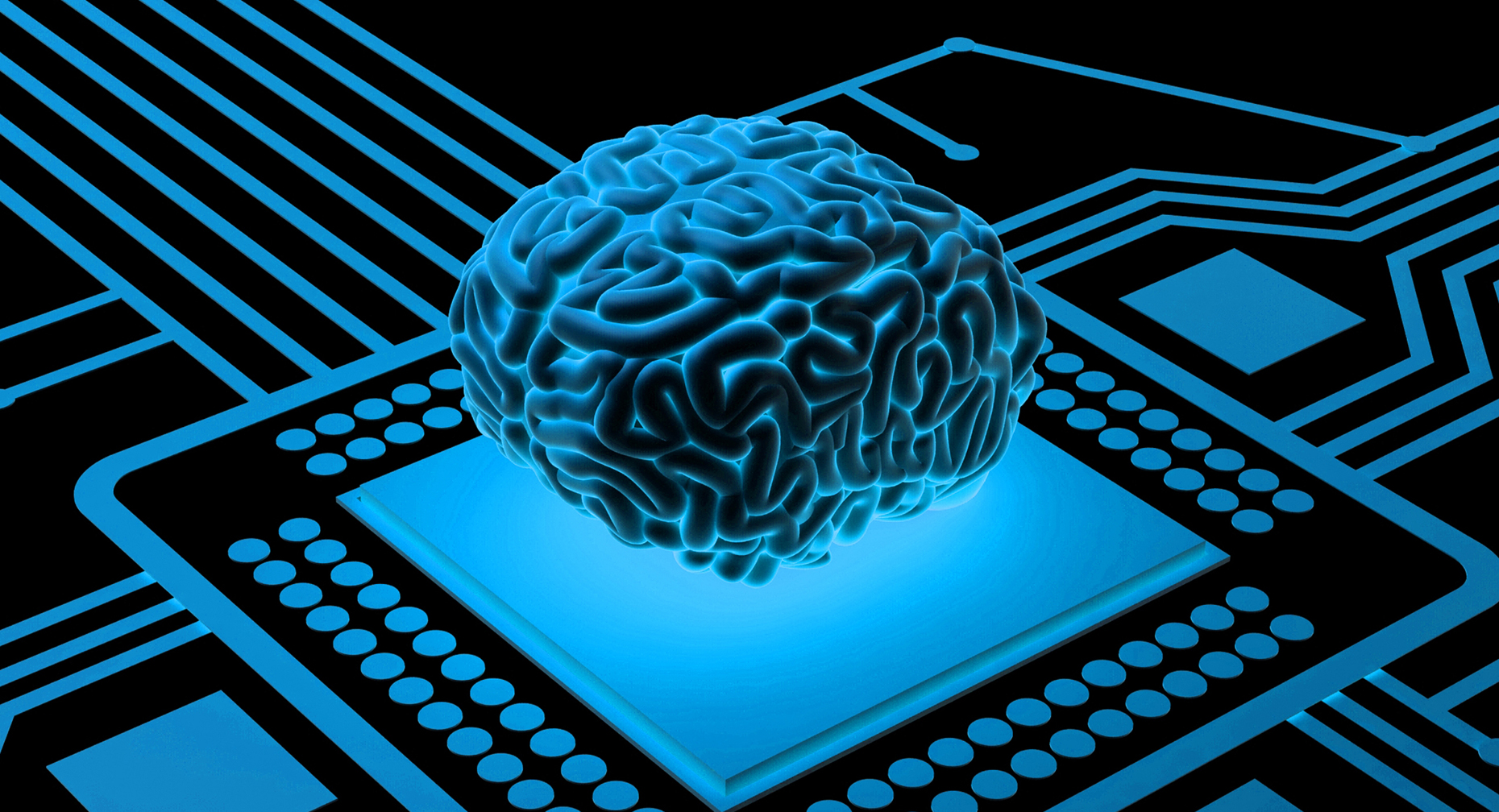 Man is just a material machine. Study him and you can then manipulate his functions. “By studying the higher nervous activity in man, we will gradually come to know everything about his so-called psychology,” states Pavlov.

Once the Bolsheviks had begun to consolidate power in Russia, they turned their minds to the very important subject of “controlling the masses.”

In October 1919, Lenin met with Pavlov. The goal was to use Pavlov’s research to better control the people, the masses.

How can we control people? This was the foremost question of the Soviet government.

“We are building a new world …” Lenin boldly proclaims.

One may wonder why we keep hearing similar ideas right now. The current threat of a virus is being used as a cover to build a new world, which in current times is being called, “a new normal.” It should cause pause when anti-humanitarians such as Bill Gates, state that the current “pandemic” will “define” this “era” in a manner similar to World War II.

Lenin outlines his goals, “I want the masses of Russia to follow a pattern of thinking and reacting, along the Communist pattern. All of them.”

The goal was to use external situations to train people to follow a preconceived pattern – a pattern of thinking and reacting which would be fed to them from above, from the self-chosen leaders of the Proletariat Paradise. Yet on a certain level, the political leaders of the Soviet times were not the true ultimate powers, they were funded and encouraged by powers above them. Although the Soviet manifestation has passed the controlling powers have not, and the desired principles of control have not.

He continues, “Man can be made what we want him to be.”

Such men and their ideologies have no value for humanity and its true well-being. Humanity must be whatever they want it to be, that is its only value.

Pavlov asks, “Do you mean that you would like to standardize the population of Russia? Make them all behave in the same way?”

“Exactly …” is the response of Lenin.

Education is seen as one of the main tools by which to control human behavior. Education takes on various forms, be it in institutions such as schools and universities, or through various forms of media and such. The end goal is a standardization of the masses so that they think and react in a uniform mass, the Borg has spoken!

Pavlov promoted “neurism.” In basic, it views man as somewhat of a computer (although computers did not exist in Pavlov’s time). Man is but a materialistic machine to be programmed. The main organ in man that must be controlled is the mind or brain. In such a view, if one could program the minds, the thoughts, of men then one could conceivably control the lives of men.

In neurism, “The nervous system has a predominant, almost exclusive, role in all that man does, both voluntary or involuntary. The brain, and the brain alone, serves as the essential substratum for higher nervous activity … To adherents of neurism, the personality of man, his pattern of acting and reacting, is merely the product of individual experience during life.

Control the atmosphere of experience and you can control humanity.

The explanation continues, “It is the end result of man’s adaptation to environment. The experience is based on the formation of conditioned reflexes, and the association of these reflexes in the brain.”

Vital to the group conditioning is “external stimulus.” Such stimulus is essential to forming the new desired “conditioned reflex.” Once established the “same conditioned reflex can be induced and formed in humans of very different personalities.”

Control the “stimulus,” that is, the environment, and you can control the people.

This basic proposition became a bedrock in “The Soviet government’s gigantic project of controlling human behavior, of standardizing the personality patterns of the Russian people.”

So vital to the Soviet cause was this research that, “Pavlov’s laboratory was turned into an oasis ‘untouchable’ by the Soviet Cheka.”

At the center of this experiment, which seems to be continuing in variant forms, is this assumption, “If man’s behavior can be reduced to a chain of conditioned reflexes, the behavior of the population can be standardized.”

The final goal is to “promote a scientifically elaborated control of human behavior.”

A simplified and extreme form of Pavlov’s theories became an essential foundation for the Soviet experimentation in controlling the masses.

This is summed up in this manner by Mr. Sokoloff, “The behavior of man is the product of his environment. Man can transcend his heredity and transform his environment. That is, although he is controlled by his environment, he can rise above it and alter it, an absolute contradiction. And since man’s thoughts and ideas are nothing but a chain of conditioned reflexes, elaborated during childhood and adult life, man’s personality and behavior can be controlled by proper education. By conditioning his reflexes, man can be ‘standardized,’ can be made to think and act according to the pattern required by the Soviet government. Thus, the whole population of Soviet Russia and, in fact, of the whole world can gradually be transformed into ‘standardized’ masses, thinking and behaving in complete uniformity.”

The goal of the experiment was to see if millions could be “transformed into robotlike men, educated in the same pattern of reflexology and deprived of all individuality, men who would follow the Communist theories without protest, fight or question …”

The goal of programming people to accept ideas and circumstances without protest, fight, or question remains paramount in controlling the masses. This is one of the reasons that mainstream media and “news” (sic) report on various events in an almost scripted manner and seek to silence any dissenting voices. Yes, one of the important goals of the powers that be is to establish a controllable “group-think” for the masses but in a way that the masses think such ideas are their own.

Although this may be a recount of the “crude” forms of control utilized by the Soviets, it does remain as one of the primary goals of elitist powers. Communism is a form of elite rule.

Thus we should be aware that for years now various situations have been created in which certain reflexes are sought. The secular world still views man as an organic machine who is but a freak chance of nature and whose mentalities are the result of his surroundings. This is reflected in the current mentalities which have made such radical claims that even gender (male and female) is but a construct of society, that is, is simply an idea taken from outside environments.

It is vital to the powers that be to create situations that will move people in a pre-planned direction. It is important to understand that the use of crisis is well within that scope; in fact, in some ways, crises are more effective at accelerating desired changes.

It is in this context that we can understand the use of certain phrases right now in the media, such as the “new normal.” Some are even calling it the “next normal” and a “new reality.”

As we hear a unified, it would seem scripted, message calling upon the “masses” to simply accept a “new reality,” we should be soberly asking ourselves, What is the purpose of this “new” work being done?

Is the threat of a virus being used as a means to further standardized “masses”? I think, it seems, it is. What are we being standardized to accept? This should be the foremost question in our minds. As I’ve stated elsewhere, we are not being prepared by secular powers to receive the Lord Jesus Christ.

Our docility in accepting this “new reality” will not save us, in fact, it may just be that we are collaborating with our own demise on both the physical and spiritual planes.

Click here to make a donation! If you find this and other writings to be of profit, please consider supporting the work at the Inkless Pen