The article entitled The Self Liquidation of Christianity was written in 1966 by Eugene Rose, more well known as Fr. Seraphim. It was originally published in The Orthodox Word.

Fr. Seraphim is a penetrating and acute thinker (he passed away in the early 1980’s). I would even venture to say prophetic, in the purer sense of the word. In many ways, he saw beyond the confines of his immediate times. (All subsequent phrases within quotations are excerpts from the article referenced above unless otherwise noted.)

“The striking phrase, ‘God is dead,’ is the political expression of modern unbelief.”

For modernity to work God must be dead. In God, we, as humanity, be we believers or not, implicitly understand a standard higher than man. If man is to be the highest standard, which is the goal of modernity, then it can suffer no competition.

“A vivid contrast is established between a previous age when men believed in God and based their life and institutions upon Him, and a new age for whose inhabitants, supposedly, this once all-illuminating sun has been blotted out, and life and society must be given a new orientation.”

We see these “new orientations” all around us. They are aggressively anti-Christian and amoral. They must be. The goal is to destroy the “old” orientation, which for the West had been at least some degree of Christianity. You backward folks, they cry, God has been defeated by science, by reason; we, humanity, have overthrown the superstition of God!

Fr. Seraphim notes that a cord in Western society at large resonates with the idea that “God is dead.” It, he says, is “one of the signs of the times.”

The Western world is to some degree hyper-spiritual, but it is a materialistic spirituality (if that combination is not already in itself an oxymoron). “God” exists only to secure my earthly happiness and well-being, and I get heaven too! Thus, more precisely, the True God of Traditional Christianity is “dead” to most of the modern world.

“To understand what this sign means, one must know its historical context. By its very nature, it is a negation – a reaction against the other-worldly Christian worldview which emphasizes asceticism and the ‘unseen warfare’ against the devil and the world in order to obtain eternal joy through communion with God in the Kingdom of heaven. The founders of the new philosophy declared the Christian God ‘dead’ and proclaim man a god in His place.”

Is this state of modernity simply the work of extremely zealous “atheists?” No. It is a state reached due to the fact that Christianity, generally speaking, has gradually lost its original savor. In what is called the middle ages, Christian thinkers were the first to exalt “reason” as the discerner of faith. Whether this took the form of the Pope as the infallible vicar of Christ or the individual as the sole interpreter of the Scripture is at present besides the point. Western Christianity was the first to exalt man to a hitherto unheard of state of authority. The Western world first withered spiritually; as Christian life withered so did society around it. Moderns like to blame Christianity. But the true root of the problem is a gradual and willful abandonment of the true Christian philosophy for life.

The process culminates in a new and “unusual phenomenon: it is now ‘Christians’ who are the unbelievers. Yet in a sense, this too is the logical culmination of a historical process that began in the West with the schism of the Church of Rome.”

That is, Christians (again, generally speaking) have been the primary advocates for dismantling the Traditional Christian way of life, which has been preserved in the Orthodox Church. Initially instigated by the Papacy, but nonetheless primarily focused in and after the Protestant Reformation, “Christians” were the vanguard of unbelief. An unbelief in the preserving grace and providence of God in His Church throughout all times: God could not and did not keep His Church. This is a fundamental root of unbelief in the modern age. 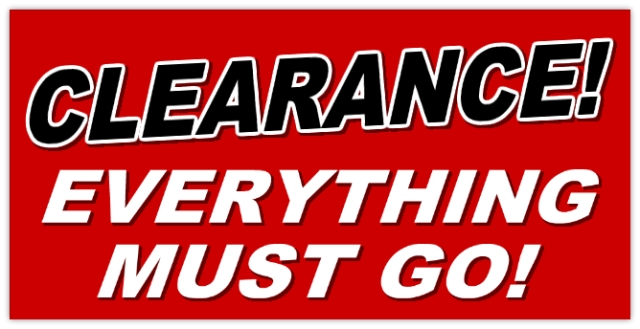 The tragic and sorrowful result is that a “Large number of Catholics and Protestants are hardly to be distinguished from unbelievers; and if they still call themselves ‘Christian,’ it can only be because for them Christianity itself has been turned into its opposite: worldly unbelief. One may observe in this what one Orthodox thinker has called ‘the self-liquidation of Christianity’: Christianity undermined from within by its own representatives who demand that it conform itself entirely to the world.”

Thus, God becomes only a whim of the age, not the eternal and transcendent God of True Christianity. Fr. Seraphim aptly points to the ever-evolving modes of “worship” as an example of the degradation of Christianity in the West. God is only a fad and not a very good one at that. Western Christianity is always one step behind being “cool and relevant.” “God” is but a worldly phenomena. In such a false presentation of God, the West has resolved that it is best that this “God” be dead.

Lest I simply am perceived as casting stones at others, this “liquidation” is an existent reality for Orthodox as well. And on a very substantial level an even greater tragedy. “To whom much is given much is required” (cf. Lk. 12:48). This is not to say that the essential eternal riches of the Orthodox Church can be liquidated by man, but we very well can squander our inheritance and thereby liquidate its potential power in our lives. A person is not magically Orthodox. How many Orthodox desire to reform and update the Divine services to make them more “relevant” to modern man (because this worked so well for others, I hope you sense my sarcasm). How many churches become effective clubs, where a council dictates its will and a pesky priest must be employed because he is the only one who can perform the club cult ritual (to this the Divine Liturgy is reduced by many). Orthodoxy ceases to be a way of life and becomes a denominator. One can be “Orthodox” as long as dues (tithes) are paid and a warm body occupies a space in the church at least somewhat frequently. We can hold opinions that clearly contradict central teachings of the Church, and then even demand the Church to “update” and conform! Into some churches one may enter and utter with Gimli the Dwarf, as he entered Edoras, “You’ll find more cheer in a graveyard,” indeed you may well find a more friendly welcome too! Since when did secular coldness become a virtue? Or one may get the impression that the greatest virtue is to be of some ethnic lineage, Greek, Russian, Serbian, and even a bit scarier is the generic American, and so forth, but when did the Gospel call us to conform to a specific ethnic identity (as good as it may be)? Never. We are called to conform ourselves to Christ and His Church. We should be first and foremost Orthodox Christians. The blood of Christ runs stronger than any earthly bloodline.

Orthodoxy must be lived, it must be warm and alive. The dead are cold. When we liquidate the life-giving essence of the Faith and substitute it for sterile formality then no wonder we get Orthodox veneered tombs. The only way to live is to constantly strive to conform and unite oneself to the Life-giving Body of Christ, the Church. Then one learns how to truly live. May God preserve us from liquidating our faith so as to pay the ruthless debt collector of the modern age.