Central to the plan of the evil one is the destruction of the true understanding of who humanity essentially is. At current we are once again witnessing a nuanced but also a blatant assault on the nature of humanity. In this post, I will attempt to summarize the God-given revelation regarding the true nature of humanity. We must know who we are, lest we fall before the active dehumanization of the fallen world system.

In Orthodox Christianity, beginning is intimately tied to telos: ultimate meaning and end goal. Christianity, throughout all times and all places, has proclaimed and confessed that all of creation has its origin from God. The sacred writings of the Faith open with these words, In the beginning God created the heaven and the earth (Gen. 1:1). In the ancient Christian creed of Nicea, which is confessed at every Orthodox Divine Liturgy, the creation of all things by God is professed as indispensable to Christian faith, “I believe in one God, the Father Almighty, Maker of heaven and earth, and of all things visible and invisible; and in one Lord Jesus Christ, the Son of God … through Whom all things were made … and in the Holy Spirit, the Lord, the Giver of Life.”

True Christianity confesses that God made all things, ex nihlo, from none being, from no thing; He did not manipulate and form some pre-existent matter, such as in demiurge stories. His very word called the material realm into existence. When He spoke the material creation spang instantly into existence. He alone is the source of all things, while remaining in His essence other than, and independent of, the created order. He is everywhere present, sustains and gives life to all things, fills all things, yet is distinct in nature and essence; He is Life Himself and depends on no other thing or entity; He is “He Who Is,” while all of creation depends upon Him for existence. Creation is a free act of God, in which there is no necessity. This free act of Divine fiat is the sole foundation of created existence; God is intimately and personally involved in the original making and continued existence of all creation. 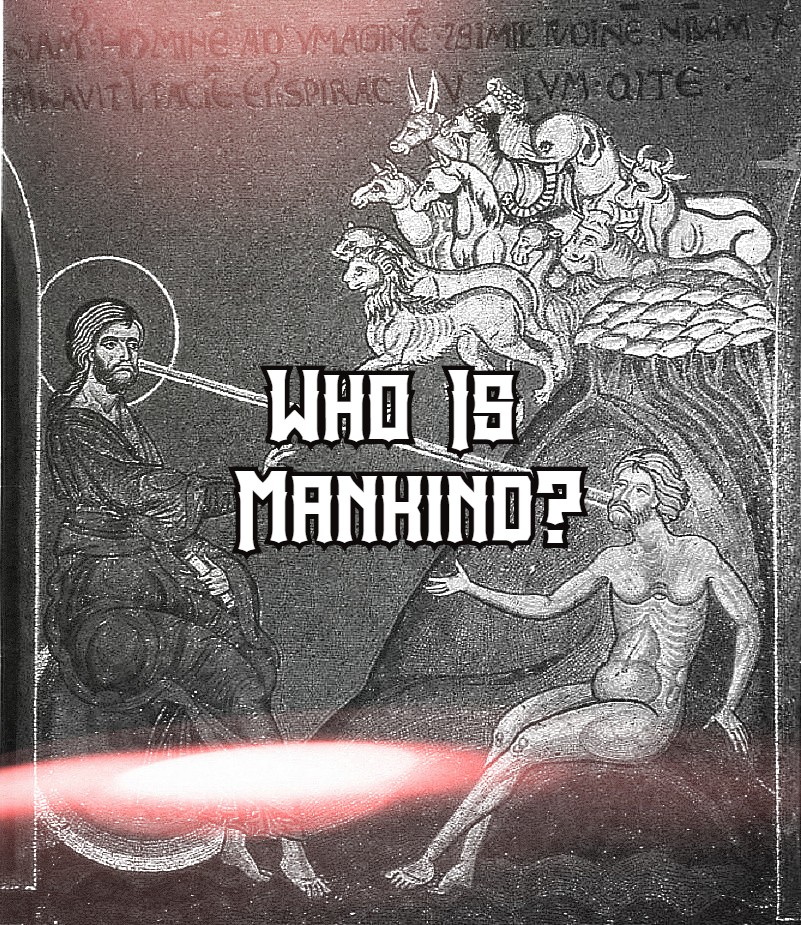 Orthodox Christianity confesses divine revelation, that is, we take our knowledge of beginning not simply and exclusively from the mutability of the “natural order,” but most of all from the immutable manifestation of God Himself to His creation – He revealed to us how He created all things. In His nature, God is eternal, unknowable, and incommunicable, but He has deigned to reveal and communicate Himself by His Divine grace or energy. Wholly unknowable in His essence, God wholly reveals Himself in His grace; this in no way divides His nature.

Revelation is the eternal and transcendent knowledge that brings cohesiveness to varied and limited earthly forms of knowledge. Thus Revelation is the mediator of true knowledge. Clearly, God could have used a multitude of means to create, but He chose, according to His wisdom, a very specific manner, and then revealed that manner of creation to His servants. The true knowledge of beginning is only through Revelation.

As with all things, Orthodoxy knows humanity to be the particular work of God. Indeed, mankind is seen as the unique craftsmanship of God, male and female He made them. God created mankind instantly, a compound being of body soul, and spirit, psychosomatic. This is the totality of human composition. Orthodoxy confesses that there was never a time when humanity was without a soul or spirit. Body, soul, and spirit were created simultaneously by God, not one before and the other afterward. The totality of humanity was created completely in the beginning by God.

From the very beginning, God endowed His creature Mankind with the capacity to commune with Him, this is reflected in the Genesis account when it says, God “breathed into his face the breath of life; and man became a living soul” (Gen. 2:7). Through our bodily aspect, taken and compounded from earthly elements, we share communion with all material creation, and through the breath of God, that is the indwelling of the Spirit, mankind was graced the capacity to commune and become a partaker in the Divine. Mankind was given a spiritual faculty, which originally was the higher governing faculty. Thus Humanity is created ultimately to be a bearer of Divine grace. Grace is not causality, but eternal property of Divine Being. In Humanity both the earthly and the heavenly come together in harmony, in one creature; the material and spiritual worlds meet in man. A verse from a service of the Orthodox Church proclaims, “Adam, though formed of dust, shared in the higher breath of life” (Festal Menaion, Nativity canon, p. 271).

Mankind was originally created in childlike perfection and holiness. Adam and Eve were called to ascend in Divine perfection, and to grow in their pristine fellowship with God. As Orthodox Tradition reveals, God made intrinsic to humanity His Image and Likeness, as it says, “Let Us make man in Our image, according to our likeness” (Gen. 1:26). This does not refer to our physical form. This indicates the naturally created potential in humanity to be a God-bearer, and even more so to be fashioned after the Divine likeness by grace. Image is the spiritual potential imprinted upon every person of humanity; likeness is the conscious actualization of grace through the virtues energizing within the person who freely chooses to communion with God.

This state of grace, Orthodoxy confesses to be the natural state of mankind. For this, we were created. As one Orthodox theologian writes, “We know nothing of ‘pure nature’ to which grace is added as a supernatural gift … there is no natural or normal state, since grace is implied in the act of creation itself … created beings have the faculty of being assimilated to God because such is the very object of their creation” (Lossky, Mystical Theology, pp. 101, 102). Further a revered saint, Abba Dorotheus, elaborates, “In the beginning God created man, He placed him in paradise and adorned him with every virtue, giving him the commandment not to taste of the tree … And thus he remained there in the enjoyment of Paradise: in prayer, in vision, in glory and honor, having sound senses and being in the same natural condition in which he was created. For God created man according to His own image, that is, immortal, master of himself, and adorned with every virtue” (cf. Rose: Genesis, Creation, and Early Man, p. 473). Indeed, God proclaims all of His handiwork to be “very good.” God interwove goodness within the very fabric of His creation; for God Himself is the Good. Creation was infused by God Himself with goodness and life.

Thus, the current less than ideal state of our race and world is because we have of our own fault lost our natural state of being, choosing rather to attempt existence without Life Himself, that is God. This state Orthodoxy calls death. Death is not limited to the ceasing of bodily function. Bodily death simply conveys the seriousness of our plight outside of our natural created state. Death ultimately is an attempt to exist without Life, without the telos established by God in the beginning, which is participation in God by grace. It is ultimately unnatural.

Death together with its energizing factor, evil, are parasitical; they are spiritual maladies and pollutants which are the result of refusing the Good. Death, evil, sin, can only attempt to deform and disfigure the good that God has established. What we observe and call the natural world around us, inclusive of our human race, is, as Orthodox Christianity teaches, in a state of unnatural corruption due to the phenomenon referred to as the fall, the name given to the active choosing of death over life by mankind in the beginning and even to this day.

Through conscious and willful choice, mankind desired to exist without God, seeking rather to be its own independent god and master. Our Creator allowed this by His permissive will, for He had given mankind the gift of self-mastery, that is freedom of will, even to choose other than the good and life. The wrong use of the gift of freedom is called sin. But choices have consequences, and the consequence of choosing death and sin is the corrupted order we see around us. Human nature itself was altered, corrupted, and it lost God’s grace; the unnatural force of death was unleashed upon mankind and the world. It is this corrupted transient order that the self-described natural modern sciences observe, and to which they are themselves subjected.

After the fall, humanity was degraded to exist almost solely according to its earthly material composition. The original virtues and energies of our God-given nature were twisted and misdirected almost exclusively toward temporal passing pleasures. This has fragmented the original wholeness of our being. Mankind’s spiritual perception became deeply damaged and infirm, because of this, biological life was reduced to sensual existence, that is existence based almost exclusively upon the physical senses. The image and likeness of God became corrupted and distorted. But we may observe the resonance and residual echoing of our incorrupt state in the primal mind of our race, in the indisputable tendency of humanity throughout our history to long for other than simply a stark materialistic and sensual existence.

Orthodoxy teaches: it is this current corrupt state that is unnatural and abnormal to humanity’s God-given created nature. Thus according to Christianity, Christ Jesus has come to restore to mankind its natural and rightful state, and even beyond; delivering from sin, death, and corruption. By taking to Himself our nature, which had fallen and become decrepit, broken and scattered, He healed it in His Divine Person, thereby reuniting humanity with Divinity. He restored unto man the ability, by grace, to ascend once again in the likeness of God, Theosis.

Thus we confess Christ to be perfect Man and perfect God. In Him we behold the perfect meaning of what it means to be truly human. Indeed, ancient Christian teachers frequently speak of salvation in terms of healing and therapy; the work of Christ Jesus is called the renewal of mankind. St. Paul himself proclaims it a “new creation” (cf. 2 Cr. 5:17). In the Christmas service, Orthodox Christians sing, “Thou hast come, O Resurrection of the nations, to bring back the nature of mankind from its wanderings” (Festal Menaion, Nativity canon, p. 281). All of the material creation will also be renewed by God on the last day, as it now endures corruption because of Man’s sin, it will be restored with those who have of their own free will followed after Christ the Lord in the regeneration. The beginning, the nexus of all things, the source, mode of being, and endpoint of humanity is God, the Divine Triple-Lighted Sun of Righteousness.

We must never forget what it means to be human.

Click here to make a donation! If you find this and other writings to be of profit, please consider supporting the work at the Inkless Pen

One thought on “Who Is Mankind?”